The endocannabinoid system (ECS) has developed in humans and animals of all kinds over thousands of years as a survival mechanism that helps to regulate our bodily functions. This system is made up of an intricate network of cannabinoids, receptors, proteins, and enzymes and works constantly to keep our bodies in perfect balance. Join us as we review the function of the endocannabinoid system and how CBD interacts with cannabinoid receptors.

The First Steps in Understanding CBD: Meet the Endocannabinoid System

Discovered only 30 years ago, the endocannabinoid system exists as part of the nervous system network and helps to regulate our bodily functions such as appetite, sleep, mood, memory, and immunity. When this system is thrown out of balance, we experience all kinds of symptoms and illnesses.

The most fundamental part of understanding CBD and the endocannabinoid system is recognizing the presence of cannabinoids created by our very own bodies. These are called “endocannabinoids” because they originate in the body itself. Two of the most well-known endocannabinoids (or eCBs for short) are anandamide, which comes from the Sanskrit word for “bliss” and 2-ArachidonoylGlycerol (2-AG), which is named for the lipids that are synthesized into this second kind of eCB.

Even if you’ve never heard of these neurotransmitters before, it’s likely that you’ll be familiar with their effects. Anandamide is responsible for the runner’s high feeling you get during exercise. 2-AG is not far behind — it’s responsible for the contented feeling that follows an orgasm!

When you take a phytocannabinoid like CBD, the endocannabinoid system is able to respond in a similar way as it would respond to anandamide and 2-AG. The reason for this is an elaborate system of cannabinoid (CB) receptors that are located on the walls of cells throughout your entire body — just waiting for cannabinoids to come along and bind to them just like a key slotting into a lock.

There are two kinds of cannabinoid receptors, and CBD interacts with both of them. CB1 receptors are located mostly throughout the brain and nervous system and are associated with learning, memory, and motor function. CB2 receptors are most abundant in the internal organs and immune system and are associated with moderating inflammation and diseases caused by an overactive immune response. 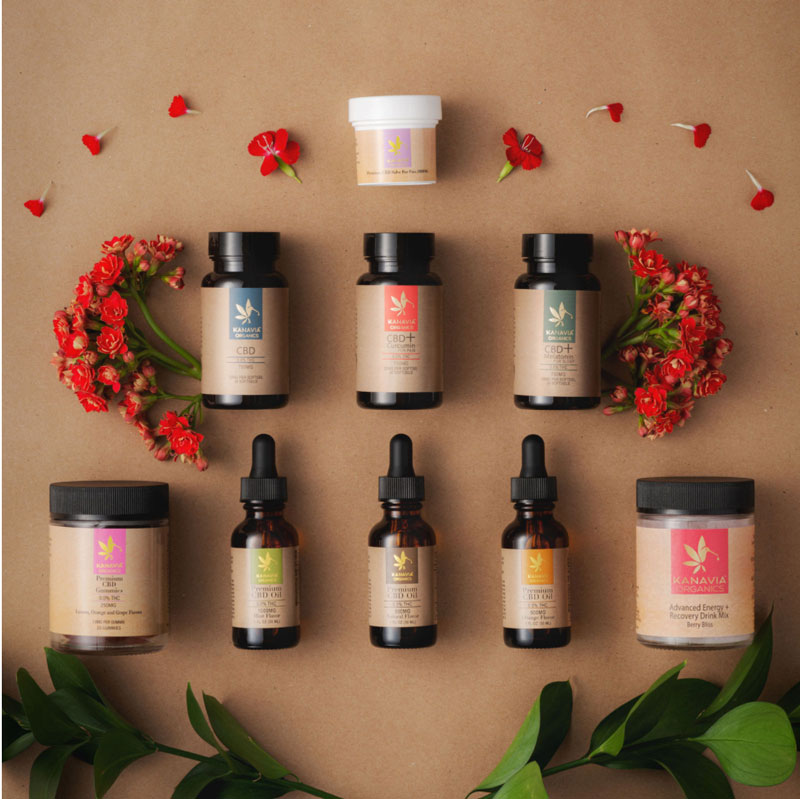 
When you ingest THC via smoking or edibles, the THC binds to these CB receptors in much the same way as anandamide and 2-AG. However, CBD and the endocannabinoid system relate a little differently. Rather than binding to your CB receptors directly, CBD changes the way that other CBs (like THC) are able to bind to them. That’s how CBD affects the brain and is able to reduce the impact of THC on motor function — for example — while still allowing it to provide symptomatic relief.

While mentioned less frequently than eCBs and CB receptors, enzymes and proteins play an important role in regulating the endocannabinoid system. Firstly, enzymes transform lipids (fatty substances) into anandamide and 2-AG, and when no longer needed, they break them down again.

Endocannabinoid transport proteins take the hydrophobic cannabinoids safely through the (water-based) bloodstream by coating them much in the way that soap molecules coat oil so they can be washed off with water.

CBD and the Enzymes of the Cannabinoid System

Other Factors that Affect the eCBS

We’ve talked about the two main ways in which CBD and the cannabinoid system are linked:

Just like the healthy medium-chain triglycerides in our premium, natural CBD oils, dietary fats can help with the absorption of CBD and provide healthy material for the production of eCBs where you need them. Likewise, unhealthy fats and sugars can lead to an overabundance of eCBs that make you feel even hungrier and interfere with weight loss efforts.

To boost the effectiveness of CBD and your endocannabinoid system generally, include Omega-3s and healthy fats in your diet and minimize or remove processed sugars and Omega-6 polyunsaturated fatty acids.

Ongoing emotional stress can lead to the overproduction of 2-AG and a general desensitization of CB1 receptors. Dealing with emotional stress through lifestyle changes and psychotherapies can help to re-balance your cannabinoid receptors and make CBD more effective.

Just as ongoing emotional stress can hyperstimulate the eCB system, so can substances like alcohol and feel-good pharmaceutical drugs. A sudden withdrawal from alcohol has been shown to make CB1 especially sparse, so it could be best to speak with your healthcare provider about easing off alcohol gradually while supplementing with some high-quality CBD.

Give Your Endocannabinoid System the Best with Kanavia CBD Oil

If you’re looking for a quality CBD oil to enhance your endocannabinoid system, there are two main kinds currently offered in the market. The first is THC-free CBD isolate — which is easier to produce but has limited benefits. The second kind — the type that we sell at Kanavia Organics — is broad-spectrum organic CBD oil with only the THC removed.

The broad-spectrum, phytocannabinoid-rich hemp oil used in all of our products includes the full array of CBD co-factors for maximum bioavailability, minus the THC to prevent any problems with shipping or drug tests.

Please contact a Kanavia healthcare provider for personalized advice regarding CBD and the endocannabinoid system and receive a free CBD face mask when you shop our CBD-infused products online.